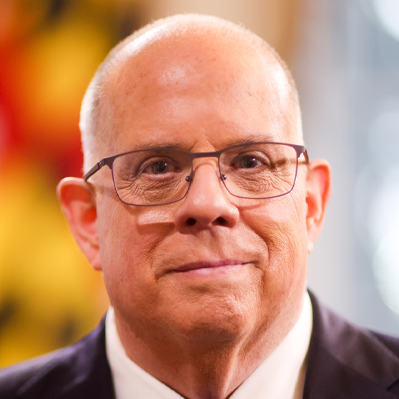 Lawrence Joseph Hogan Jr. is an American politician and businessman serving as the 62nd and current governor of Maryland since 2015. A moderate member of the Republican Party, he previously was secretary of appointments under Maryland governor Bob Ehrlich from 2003 to 2007. Hogan served as chair of the National Governors Association from 2019 to 2020.

Hogan ran unsuccessful campaigns for Maryland's 5th congressional district in 1981 and 1992, the latter of which was incumbent Steny Hoyer's closest race. Hogan founded the Change Maryland organization in 2011, which he used to promote his 2014 gubernatorial campaign.

Hogan was born in 1956 in Washington, D.C., and grew up in Landover, Maryland, attending Saint Ambrose Catholic School and DeMatha Catholic High School. He moved to Florida with his mother after his parents divorced in 1972 and graduated from Father Lopez Catholic High School in 1974. Hogan is the son of Nora (Maguire) and Lawrence Hogan Sr., who served as a U.S. Congressman from Maryland's 5th Congressional District from 1969 to 1975 and as Prince George's County Executive from 1978 to 1982. Hogan Sr. was famous for being the first Republican member of the U.S. House Judiciary Committee to call for the impeachment of Richard Nixon. His parents were both of Irish descent.

Hogan attended Florida State University from 1974 to 1978 and earned a Bachelor of Arts degree in government and political science.

As the son of a U.S. representative, Hogan was exposed to politics at a young age and worked in many aspects of politics, including political campaigns and citizen referenda.

While in college, Hogan worked in the Florida State Legislature.[6] Upon graduation, he worked on Capitol Hill. Hogan helped his father run a successful campaign in 1978 for Prince George's County Executive and later worked for his father as a low-paid 'intergovernmental liaison'.

In 1981, at the age of 24, Hogan first ran for office in the special election to fill the vacancy in Maryland's 5th congressional district left by Gladys Noon Spellman. Spellman had succeeded Hogan's father in the congressional seat. Hogan finished 2nd out of 12 candidates in the Republican primary with 22.38% of the votes, behind Bowie Mayor Audrey Scott who received 63.26%.

In 1985, Hogan founded Hogan Companies, which is engaged in brokerage, consulting, investment and development of land, commercial and residential properties. He spent the next 18 years in the private sector.

In 1992, Hogan was the Republican nominee for Maryland's 5th congressional district, running against Democratic incumbent Steny Hoyer. Hoyer outspent Hogan by a 6-to-1 margin. Despite that financial advantage, the race was the closest in Hoyer's tenure. Hogan won four of the district's five counties and took 44% of the vote to Hoyer's 53%, with William Johnston (Independent) at 3%. No other challenger has come as close to unseating Hoyer since.

Hogan took a four-year leave of absence from his business to serve as Maryland's secretary of appointments in the administration of Bob Ehrlich from 2003 to 2007. In this capacity, Hogan appointed over 7,000 individuals to positions in the Maryland government.

In 2011, Hogan founded Change Maryland, a nonprofit anti-tax advocacy organization that was used to criticize the administration of governor Martin O'Malley. The organization promoted Hogan's gubernatorial run, and his campaign eventually purchased the organization's assets. The Maryland Democratic Party alleged that Hogan had improperly received campaign benefits from the nonprofit, and the State Board of Elections dismissed two of the complaints but found Hogan's campaign had not properly disclosed the value of a poll done by the nonprofit before purchasing its assets. 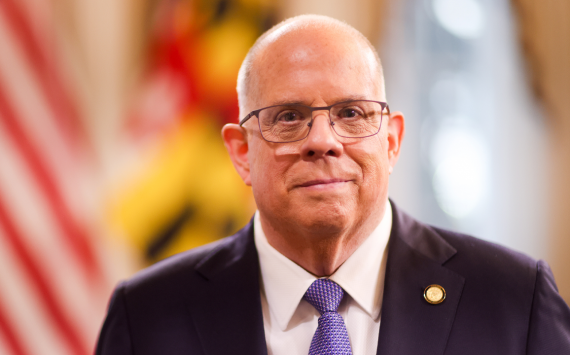 BOWMAN Michelle
Governor on the Federal Reserve Board (Fed)