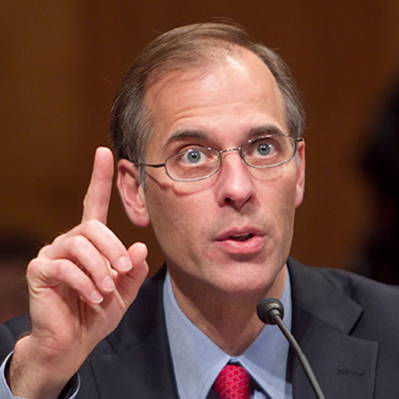 Mark M. Zandi is an American economist who is the chief economist of Moody's Analytics, where he directs economic research.

Zandi's research interests encompass macroeconomics, financial markets and public policy. He analyzes the economic impact of government spending policies and monetary policy response. A trusted advisor to policy makers, he has testified before Congress on the economic outlook, the nation's fiscal challenges, fiscal stimulus and financial regulatory reform. Zandi also publishes on mortgage finance reform and the determinants of foreclosure and personal bankruptcy. He was one of the first economists to warn of the financial crisis of 2008 in 2005.

Zandi was born in Atlanta, Georgia, and is of Iranian descent. The son of Professor Iraj Zandi, he grew up in Radnor, Pennsylvania. His surname of "Zandi" comes from the Zand dynasty (formally known as the Zandieh dynasty), which ruled southern and south-central Iran in the eighteenth century (1750–1794).

As Chief Economist of Moody's Analytics, Zandi oversees the global economic forecast and directs the activities of the economic research team. He publishes his outlook for the economy monthly, produces research on key topics and conducts regular briefings for clients, businesses, corporate boards and trade associations.

Zandi is a regular contributor to The Washington Post and The Philadelphia Inquirer. and is a frequent guest on CBS Face the Nation, Fox Business, C-SPAN, CNBC, NPR, Meet the Press, CNN, and various other media outlets.

Zandi is on the board of directors of MGIC, the nation's largest private mortgage insurance company, and The Reinvestment Fund, a large CDFI that makes investments in disadvantaged neighborhoods. LEVANON Gad
Chief economist at The Conference Board