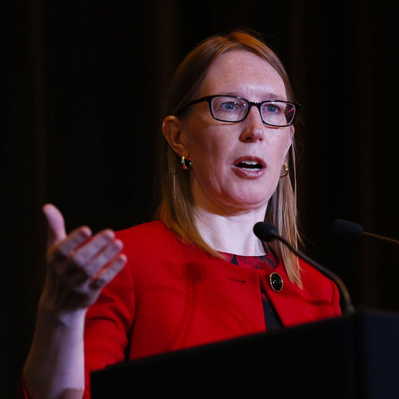 Hester Maria Peirce is an American lawyer specializing in financial market regulation. Peirce currently serves as a Commissioner on the Securities and Exchange Commission (SEC). She previously served as the director of the Financial Markets Working Group at George Mason University's Mercatus Center. Peirce was confirmed by the United States Senate in December 2017 to fill a Republican vacancy on the SEC. She was sworn in on January 11, 2018, and her term expires in 2020. Peirce is a former staff member of the United States Senate Committee on Banking, Housing, and Urban Affairs and of the SEC. In 2016, she was nominated by President Barack Obama for Commissioner on the SEC, but the United States Senate did not act on her nomination.

Peirce earned her B.A. in economics from Case Western Reserve University (1993) and her J.D. from Yale Law School (1997).

Peirce started her career as a clerk for Judge Roger Barry Andewelt on the Court of Federal Claims from 1997–1998. Afterwards, she was an associate at Washington, D.C. law firm Wilmer, Cutler & Pickering (today WilmerHale) between 1998 and 2000. In 2000, Peirce served at the Securities and Exchange Commission, first as a staff attorney in the Division of Investment Management from 2000 to 2004 and then as counsel to Commissioner Paul S. Atkins from 2004 to 2008.

Afterwards, Peirce worked as part of Senator Richard Shelby's staff on the Senate Committee on Banking, Housing, and Urban Affairs. In that position, Peirce's work mostly centered on the financial regulatory reform in the aftermath of the financial crisis of 2008 and the oversight of the regulatory implementation of the Dodd–Frank Act.

Between 2012 and 2017, Peirce was a senior research fellow and the director of the Financial Markets Working Group at the Mercatus Center at George Mason University where she also teaches as an adjunct professor at the Antonin Scalia Law School. Peirce is a member of the Federalist Society.

In 2015, Peirce was chosen during the Obama administration to fill a Republican seat at the U.S. Securities and Exchange Commission. Democrats on the Senate Banking Committee attempted to block her nomination because she declined to fully commit to requiring corporations to publicly disclose political donations. Peirce was eventually approved by the Senate Banking Committee, but the full Senate never voted on her nomination. 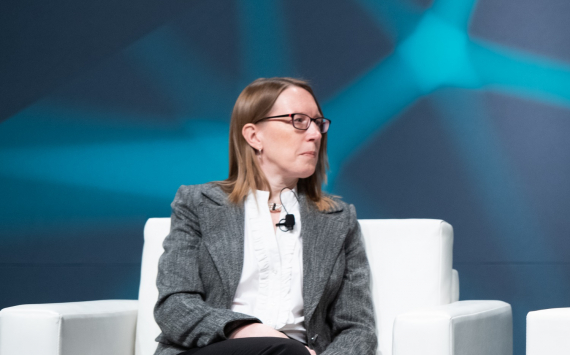