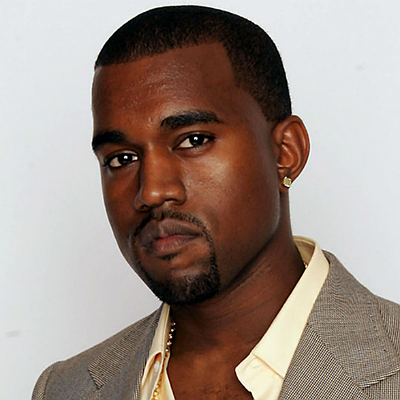 He grew up in a middle-class family and had started rapping at a very young age and involved himself into the hip hop scene of the city. West has been to a school of art only for one semester and then he quit to pursue a career in music in the late 90s. He started to take interest in drawing as early as he became fond of music. At the age of five, he initiated in writing poems.

Among the many pop music artists, Kanye West is considered as the best-selling and the most prominent one. West has received twenty-one Grammy Awards and TIME magazine named him among the hundred most influential people around the world. West is a controversial and outspoken celebrity as well as one with a flamboyant and dapper sense of fashion.

West’s parents divorced and he moved to Chicago from Atlanta with his mother. In Oak Lawn, he attended the Polaris High School. He graduated from West Aurora High School and attended American Academy of Art after receiving a scholarship. Soon he applied to transfer to Chicago State University and majoring in English. His classes were becoming a hindrance with his musical practices, and he finally dropped out to become a musician. His mother was unhappy with his decision but understood that some careers don’t require college education.

Apart from his love for music, West invested in business ventures as well. He opened Fatburger eateries in Chicago in 2008.

Prior to this, in 2005 he planned to release a clothing line in a year’s time and also developed ideas for it. However, the project was cancelled in 2009. The same year, he collaborated with a world-famous shoe company, Nike. The duo released West’s own shoe brand, Air Yeezys. Kanye West also introduced a shoe line for Louis Vuitton for Paris Fashion Week. In addition to this, West has fashioned footwear for Giuseppe Zanotti and Bape.

Moving on, West introduced DW Kanye West in 2011. It was a fashion brand for women. The line was shown at Paris Fashion Week with support from Jeremy Scott, Olsen sisters, Azzedine Alaïa, Olivier Theyskens, Dean and Dan Caten. His show received mixed comments more towards negative remarks from Style.com, The Wall Street Journal, International Herald Tribune, Harper’s Bazaar, The Daily Telegraph, Elleuk.com, and several others. In 2012, he launched another fashion collection at the same fashion event. This time the reviews contained positive remarks on the presentation. A year later, a well-known sports company Adidas confirmed its collaboration with West.

In 2002, he was dating Alexis Phifer and by 2006, they got engaged. After two years, they ended their relation. Subsequently, West started dating Amber Rose until 2010. Since 2012, he has been seeing socialite Kim Kardashian. They have a child and announced their engagement in 2013, October.

Kanye West has been among the most dominant cultural idols of the 21st century, in terms of both music and fashion. He has broken the boundaries of film, music and design.