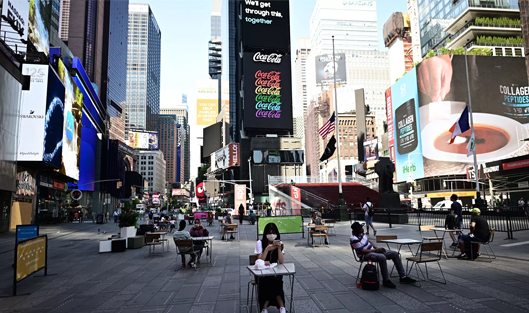 There are problems with the restaurant business in New York City

This year there were financial problems due to the Covida-19 pandemic, as well as problems of racial injustice in the USA. In this article we will explain in more detail what is happening today in the restaurant business on the streets of New York City.

In New York, because of the pandemic, there was a 60% drop in revenue, all due to the fact that snack bars are located in enclosed spaces throughout Manhattan.

Statistics show that 41% of establishments run by blacks closed at the beginning of the year and 17% are owned by whites. However, catering owners say

The Department of Small Businesses found that 2% of the $20 million that was allocated under the City Programme was used for businesses in the New York City boroughs.

What do Nancy Pilosi and Steven Mnuchin say about this?

Nancy Pelosi and Steven Mnuchin are trying to come up with an aid agreement to resolve the problem.

The number of workers receiving and applying for unemployment benefits has fallen significantly last week, according to the latest figures from the Labour Department.

The Labour Department said that the number of workers who apply for unemployment benefits has decreased.

Persons 2 in the news

The US stock market closed up on Friday: The Dow Jones gaining 2.13%
Business
2794

TikTok CEO to testify before the U.S. Congress at the end of March
Politics
294

The US stock market closed up on Friday: The Dow Jones gaining 2.13%
Business
2794

TikTok CEO to testify before the U.S. Congress at the end of March
Politics
294