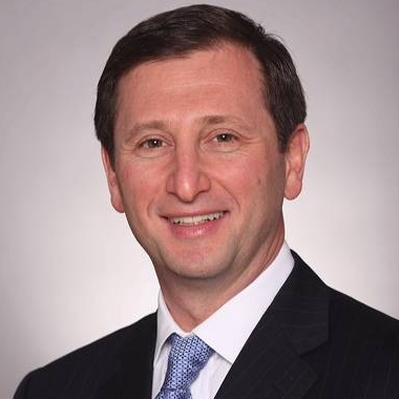 Alex Mashinsky is an Israeli-American entrepreneur and business executive. He was the founder and CEO of Celsius Network, a cryptocurrency lending platform, which filed for bankruptcy on July 13, 2022.

In the early 1990s, Mashinsky founded VoiceSmart, one of the first firms to offer telecommunications switches to handle ordinary voice as well as Voice over IP call routing. Mashinsky founded GroundLink in 2004 as a service to book an on-demand limousine and car services from a computer or smartphone. He was also the founder of Q-Wireless, which later became part of Transit Wireless. From 2014 to 2015, Mashinsky served as CEO of Novatel.

Mashinsky was born in 1965 in Ukraine. His family obtained permission to leave the country in the 1970s and later moved to Israel. From an early age, he was a tinkerer, like his father, and would tap into and use public phone lines in Israel. Mashinsky attended a few different universities where he majored in electrical engineering but did not graduate. He later served in the Israeli Army. At the end of the 1980s, he left Israel and moved to the United States.

Mashinsky has worked in a variety of different industries, often focusing on popular technologies. The Wall Street Journal described him in 2022 as "a brash, confident serial entrepreneur with a constant stream of big ideas." On several occasions, Mashinsky has left his companies after a period of conflict or tension.

After relocating to New York City, Mashinsky ran a business trading contracts for delivery of chemicals such as urea, gold, and sodium cyanide. However, after the Tiananmen Square protests of 1989, the business slowed as exports of sodium cyanide from China fizzled. Mashinsky then worked at A+ Systems, a computer-based voicemail software company for phone carriers.

He was also an early developer of Voice over Internet Protocol (VOIP). In the early 1990s, he founded VoiceSmart, one of the first companies to offer computer-based VOIP phone service. By 1993, Mashinsky had realized the potential for a commodity market for international telephone capacity. So, in 1996, Mashinsky founded Arbinet, a marketplace for VOIP telephone service. The platform was one of the first to allow telecommunication companies to trade minutes. In November 1997, Arbinet began offering a similar service for data connectivity, allowing the more than 400 T1 lines connected to its New York hub to exchange their unused bandwidth.

In 2005, he sold his stake in Arbinet and used part of the profits from the sale to start GroundLink The company allowed people to book limousine and car service from a smartphone or computer. Mashinsky was inspired to start the company after a car he had reserved for himself and his wife failed to pick them up, along with a business associate he was trying to impress, from the airport.[In 2010, Mashinsky organized a joint venture between GroundLink and several limousine and car service companies. These companies with LimoRes Car & Limo Service, a company Mashinsky also founded, installed free Wi-Fi service funded solely by sales of advertising. He also partnered with Gogo Inflight Internet to offer the free service on US flights.

Mashinsky's company Q-Wireless is one of the four companies that made up Transit Wireless, a joint venture to install wireless cellphone and free Wi-Fi internet service in the New York City Subway system. It took Mashinsky three years to convince Metropolitan Transportation Authority to initiate a survey to determine if there was a demand for cell phone service inside the subway system and two more years for the authority to request a proposal. By 2010, his company had received a contract to install the service at 277 below-ground subway stations in New York City.

In April 2014, Mashinsky was named to the board of directors of Novatel, a provider of Wi-Fi hotspot products.[18] He was appointed CEO in June of that year. In October 2015, Mashinsky left his position at Novatel after a year and a half as CEO of the company. In a 2018 deposition, Mashinsky said that he was terminated from his post because he refused to move from New York to Novatel's San Diego headquarters.

RTX, a London-based financial technology firm in the telecom industry, hired Mashinsky as Global CEO in September 2016. After six months in the role, following a dispute with management, Mashinsky left the company, according to his 2018 deposition.

In 2017, Mashinsky founded Celsius Network, a borrowing and lending platform for digital assets like Bitcoin, Ethereum and other cryptocurrencies. It encouraged its customers to "unbank" themselves and offered interest rates as high as 18.6 per cent on cryptocurrency deposits.

As CEO, he hosted "Ask Mashinsky Anything", a weekly YouTube livestream in which he answered questions about Celsius. He became known for wearing T-shirts reading "Banks are not your friends," for his critical comments about unsuccessful businesses (including his own), and for publicity stunts such as an attempt to vandalize a branch of Chase Bank.

Mashinsky withdrew $10 million from Celsius in May 2022. The withdrawals came as customers were withdrawing assets in large quantities while the company was nearing bankruptcy, according to a report in October 2022. A spokesperson for Mashinsky told the Financial Times that the funds were used for tax payments and estate planning.

On July 13, 2022, one month after it paused customer withdrawals, Celsius filed for Chapter 11 bankruptcy. Mashinsky said that "the Company made what, in hindsight, proved to be certain poor asset deployment decisions."

Mashinsky resigned as Celsius CEO on September 27, 2022. Chris Ferraro, the former CFO of Celsius, was appointed to replace him as interim CEO. The Unsecured Creditors Committee, an organization of depositors, described the executive change as "a positive step" towards resolving the cases against Celsius.