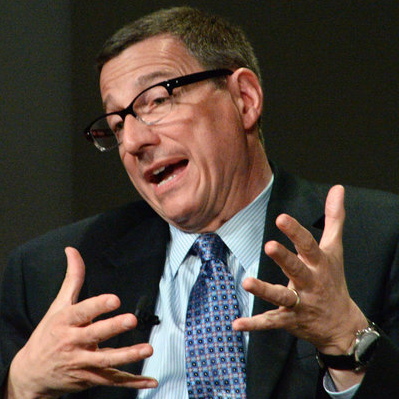 Robert Leonard Schenck is an American Evangelical clergyman who ministers to elected and appointed officials in Washington, D.C., and serves as president of a non-profit organization named for Dietrich Bonhoeffer. Since 1982, Schenck has preached in all 50 states, several Canadian provinces, and over 40 countries. He is the subject of the Emmy Award-winning 2016 Abigail Disney documentary, The Armor of Light. Once a prominent pro life activist, Schenck has since repudiated this work and shifted leftward on some of his socially conservative views.

From 2012 to 2016, Schenck served as chairman of the board of directors of the Evangelical Church Alliance (ECA). He was also chairman of ECA's Committee for Church and Society, the social witness arm of the alliance of ministers. In 2018, he became an advisor to the Office of the Secretary General of the World Evangelical Alliance (WEA).

After serving in various capacities with the Rochester, New York Teen Challenge center, a church sponsored home for at-risk youth, Schenck was selected as the director of a Rochester, New York program and then executive director of the statewide network of homes known as Empire State Teen Challenge that included facilities in Syracuse and Buffalo, New York. In 1980, Schenck left Teen Challenge and served a short stint as Youth Pastor for the Webster Assembly of God congregation in a suburb of Rochester, followed by another short post as a staff pastor for the Community Gospel Church in Long Island City, Queens, New York (now Evangel Church and Christian School). In the latter role, he was mainly tasked with developing a training program for college interns in urban cross-cultural ministry. The program eventually became the New York School of Urban Ministry or NYSUM.[citation needed]

In 1982, Schenck reunited with his brother Paul in ministry and became minister of missions and evangelism at the New Covenant Tabernacle in Tonawanda, New York (suburban Buffalo) where Paul was the senior pastor. They worked together in ministry from 1982 to 1994. During that time Schenck formed New Covenant Evangelical Ministries that was later renamed P & R Schenck Associates in Evangelism.

In 1988,Schenck, an Assembly of God minister took a long-distance walk to help people in Mexico who live and work in garbage dumps. While he visited Mexico City in 1982, he became aware of the plight of the "dump people". Schenck took a 2,000-mile (3,200 km) walk from Buffalo, NY, through eight states and crossed the border at Laredo, Texas. He hoped to raise $1 million to build a clinic and recruit volunteers willing to help provide medical, dental, and construction services.

In 1992, during Buffalo's large-scale abortion clinic demonstrations, Schenck grabbed national and worldwide attention when photos and video were shot of him cradling a preserved human fetus given the name "Tia" by a black anti-abortion group because the fetus was believed to be African-American. Much was written and aired about the event. In an opinion editorial in the June 15 Buffalo News, Schenck responded to the criticism. According to the op-ed, Schenck believed that pro-choice supporters ignored the truth in favor of ideology, and conversely he believed that the fetus demonstrated the truth of his own views. "Most have never seen an abortion, let alone the result of it. Baby Tia takes the argument out of the abstract and into reality."

Some time after 2010, Schenck changed his mind about abortion. He now says that banning abortion would cause more harm than good, and opposed the effort to overturn Roe v. Wade. He concludes his May 31, 2019 Op-Ed for the New York Times "No doubt, many of my former allies will call me a turncoat. I don’t see it that way. I still believe that every abortion is a tragedy and that when a woman is pregnant, bringing the child into the world is always ideal. Reality, though, is different from fantasy. I wish every child could be fully nurtured and cared for, and could experience all the wonderful possibilities that life can offer." In the 2020 documentary, AKA Jane Roe, Schenck stated that the anti-abortion movement had exploited Norma McCorvey's weakness and that it was highly unethical to have paid her to support the anti-abortion movement.

Schenck went to Washington, D.C. to increase the role of evangelical Christianity in government. He became on-call as a member of the U.S. Senate Chaplain's Pastoral Response Team. In 2010, Schenck was named the first Chaplain in the 40-year history of the Capitol Hill Executive Service Club, the only association of its kind allowed to meet weekly in the Mansfield Room of the United States Capitol.[citation needed] In these last two capacities, he also routinely carried out the normal roles of a member of the Christian clergy including sacerdotal and ministerial functions such as administering baptism and Holy Communion, solemnizing weddings, conducting funerals, providing pastoral care, counseling and visitation and presiding at various public and private religious ceremonies.

In August 1994, in order to minister to national decision makers, Schenck and family moved to Washington, D.C. His first ministry there was to organize a new church. He attracted a core group of worshippers and created what became the National Community Church. He served as pastor for over a year until deciding to focus on government officials. In the beginning of 1996, Mark Batterson took over as pastor.

On Sunday, November 29, Schenck was a guest preacher at a Sunday worship service at the Washington National Cathedral. Schenck shared his thoughts on gun violence; specifically addressing the response of Christians to America's gun culture through Biblical theology.

Created in 1995, his Ten Commandments Project has given over 400 plaques of the Ten Commandments to members of Congress and other highly placed officials, including former presidents Clinton and Bush. Special delegations made up of clergy and lay people make the presentations during ceremonies held in the recipients' offices. The agenda included a short speech which describes religion as the foundational basis of morality and law, a reading of the Commandments in their entirety, and prayers. The official was given an inscribed wooden plaque on which is mounted two stone polymer tablets containing a summary of the Ten Commandments. Recipients were urged to "display and obey" the Ten Commandments.

National Memorial for the Preborn

In 1995, Schenck organized the first National Memorial for the Preborn and their Mothers and Fathers, a religious service in opposition to abortion. This event was held inside the US Capitol complex in Washington, D.C. The event was sponsored by the National Pro-Life Religious Council.