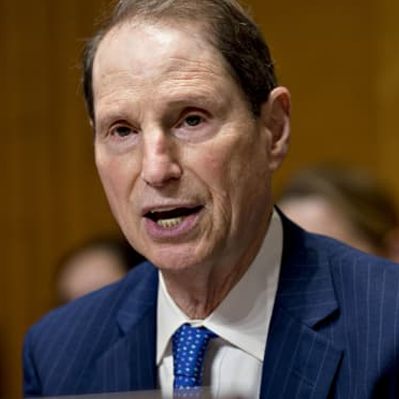 Ronald Lee Wyden is an American politician and retired educator serving as the senior United States Senator from Oregon, a seat he has held since 1996. A member of the Democratic Party, he served in the United States House of Representatives from 1981 until 1996. He is the dean of Oregon's congressional delegation. Wyden chairs the Senate Finance Committee.

Ronald Wyden was born in Wichita, Kansas, the son of Edith (née Rosenow) and Peter H. Wyden (originally Weidenreich, 1923–1998), both of whom were Jewish and had fled Nazi Germany. He grew up in Palo Alto, California, where he played basketball for Palo Alto High School. He attended the University of California, Santa Barbara, on a basketball scholarship, and later transferred to Stanford University, where he received his Bachelor of Arts in 1971. He received a Juris Doctor degree from the University of Oregon School of Law in 1974.

While teaching gerontology at several Oregon universities, Wyden founded the Oregon chapter of the Gray Panthers, which he led from 1974 to 1980. He was also the director of the Oregon Legal Services Center for Elderly, a nonprofit law service. From 1977 to 1979 he served on the Oregon State Board of Examiners of Nursing Home Administrators.

Wyden ran for the United States House of Representatives in 1980. In the Democratic primary, Wyden, who was just 31 at the time, upset incumbent Representative Bob Duncan in Oregon's 3rd congressional district, which includes most of Portland. Later that fall, Wyden defeated his Republican opponent, Darrell Conger, with 71% of the vote. The 3rd has long been the most Democratic district in Oregon, and Wyden was reelected seven times, never with less than 70% of the vote.

In the House, Wyden played an influential role in the passage of Section 230 of the Communications Decency Act of 1996. 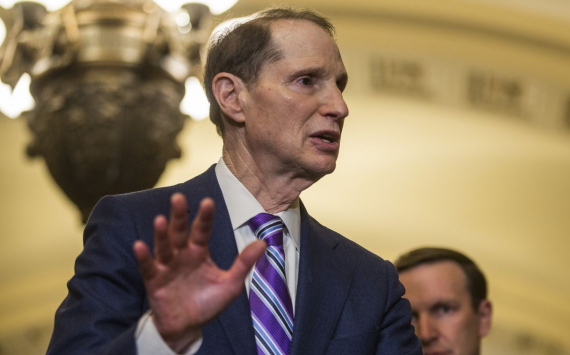