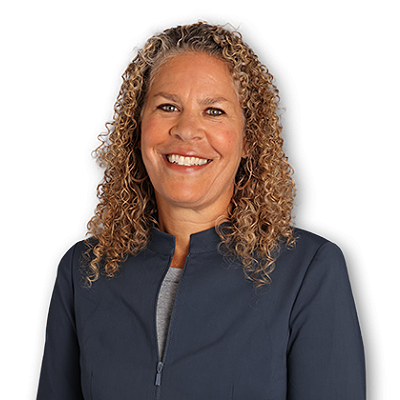 Chinazo D. Opia Cunningham (née Opia, born May 17, 1968) is a physician, researcher, and Professor of Medicine at Albert Einstein College of Medicine in New York City. She is also the Director of Diversity Affairs for the Department of Medicine. She worked on the frontlines during the HIV/AIDS crisis in San Francisco and in 2020 began working on the frontlines of the Coronavirus disease 2019 (COVID-19) pandemic in New York City. She also specializes in treating patients with addiction, overseeing a network using buprenorphine to treat people with opioid addiction.

Cunningham was born in Nigeria right before her parents fled the country with her two sisters during the Biafra conflict. Her mother, a United States citizen, was working in Nigeria as a member of the U.S. Peace Corps and relocated the family to Cupertino, California. Her Nigerian father escaped the country by boat and rejoined his family in California, though their marriage ended in divorce shortly after. Cunningham attended Monta Vista High School in Cupertino, California where she became a varsity softball athlete.

In 1990, Cunningham received a B.A. in psychology from Northwestern University, where she had a full athletic scholarship for softball, as a pitcher and catcher, and became a four-time All-Big Ten honoree. In 1990, she was named a first-team Academic All-American for her academic and athletic achievements. In 2009, Cunningham was inducted into Northwestern's Athletic Hall of Fame.

In 1994, Cunningham received a M.D. from University of California, San Francisco. She continued her training as an intern at San Francisco General Hospital before moving to New York City for her Residency in Internal Medicine at New York University. In 2008, Cunningham got an M.S. in clinical epidemiology from Yeshiva University's Albert Einstein College of Medicine.

In 1998, Cunningham began practicing medicine at Montefiore Medical Center in The Bronx and began teaching medicine as a Professor at Albert Einstein College of Medicine. There, she has specialized in working with patient populations struggling with homelessness, poverty, addiction, and HIV/AIDS, working to make healthcare more accessible to them. During her tenure, she has worked to develop policies and programs to meet their healthcare needs. She has also worked to educate the healthcare community on adopting opioid treatments, such as those leveraging the opioid agonist buprenorphine, and reducing the stigma around existing treatments.

In addition to treating patients with substance abuse disorders, Cunningham has engaged in research to both investigate strategies for treating and reducing the likelihood of addiction, while investigating how to promote adoption of these intervention and treatment strategies. She has a structured and evidence-based curriculum around strategies to treat addiction. She has also studied the roles of bias and discrimination in treatment of patients battling addiction.

Cunningham and her colleagues have studied the policy implications of legalizing medical marijuana. In 2014, they published an analysis of opioid-related deaths from 1999 to 2010 and found that fatalities were lowered in states that had passed medical cannabis laws. The study suggested that access to medical marijuana could reduce the need for prescription painkillers. The study later came under scrutiny when a 2019 study found that states that introduced medical marijuana laws between 2010 and 2017, the number of opioid overdoses increased. Cunningham noted that the conflicting findings necessitate more research into the impacts of medical marijuana, which is currently difficult because of regulations around cannabis.

Cunningham currently leads one of the only Federally-funded studies on the use of marijuana for pain management. In 2017, she was awarded a five-year, $3.8 million grant from the National Institute on Drug Abuse to investigate the effect of medical marijuana on a cohort of 250 patients in New York State with chronic pain, some of whom are HIV positive and others HIV negative. These patients are otherwise likely to receive opioids to manage their pain, so Cunningham and her colleagues are exploring the impact of medical marijuana as a substitute for pain management and reducing dependency on opioids.

Since New York City became the United States' epicenter of the coronavirus disease 2019 (COVID-19) pandemic, Cunningham has worked to treat patients with the disease. In April 2020, she and her colleagues wrote about the toll working on the frontlines has taken, both on their mental health and their ability to treat their patients, in a perspective piece for the Annals of Internal Medicine. She has also noted that the pandemic has had negative consequences for those in treatment for addiction, as recovering addicts no longer have access to support groups. In addition, she has advocated for the need for outpatient clinics to begin providing refills of buprenorphine prescriptions without requiring visits to the doctor, which could jeopardize their safety by forcing them out of their homes.

Cunningham has applied her expertise to advocating for policies and programs that address addiction in New York City and across the United States. She has also noted the importance of integrating addiction treatment into the rest of the medical system to facilitate holistic care of patients fighting addiction. In 2015, she was appointed to Mayor Bill de Blasio's ad hoc Task Force Heroin and Prescription Opioid Public Awareness, working to expand access to buprenorphine and naloxone to treat opioid use disorders and deaths due to overdoses, while raising awareness of these treatments and destigmatizing their use. She has also served as a reviewer of the 2016 Centers for Disease Control and Prevention (CDC) guidelines for primary care physicians prescribing opioids for chronic pain management and in 2018 was appointed to a CDC board of scientific advisors to advise on approaches to address the opioid epidemic in the United States. 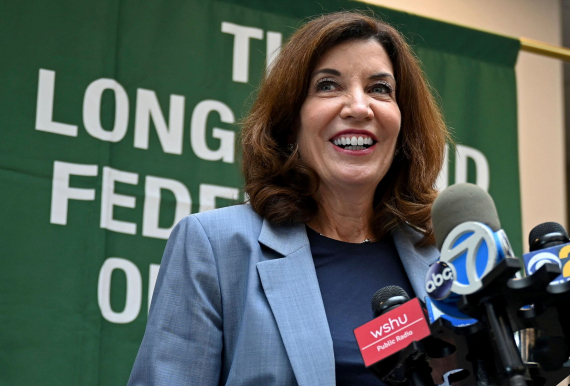 Governor Hochul Announces $35 Million for at Least 1,400 Supportive Housing Units across New York State
I commend this collaborative effort among state agencies to ensure we provide safe and permanent supportive housing for our most vulnerable populations. These developments are an essential part of OASAS' continuum of care which enables us to support&nbsp;individuals&nbsp;live healthy and p...
View all